10% OFF ALL ORDERS! USE CODE LAUNCH10 AT CHECKOUT

All of these Halal Meat cuts are high in flavour, and many are great as a roast or as a quick meal – particularly the chops, or as a warming casserole.

Ask us for guidance on the cuts – and why not try our recipes – they’re absolutely delicious.

OTHER CUTS AVAILABLE INCLUDE: 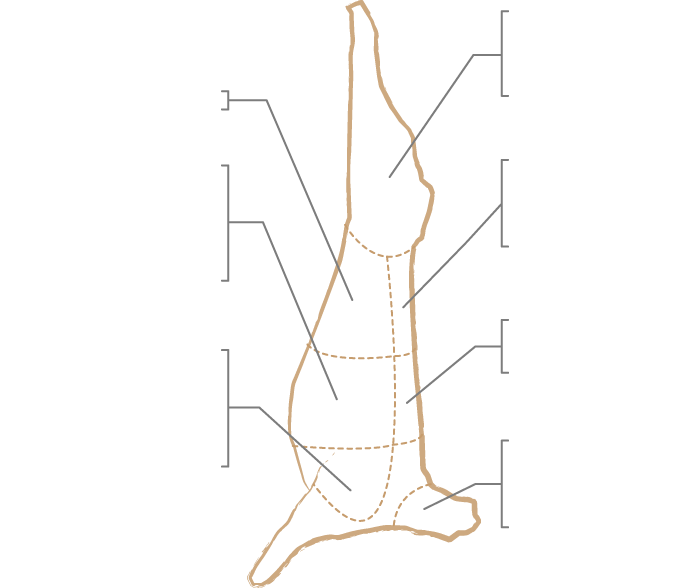 Ultimately versatile and so many different cuts to choose from – we’re on hand at the counter to give you all the advice you’ll need so please feel free to ask. 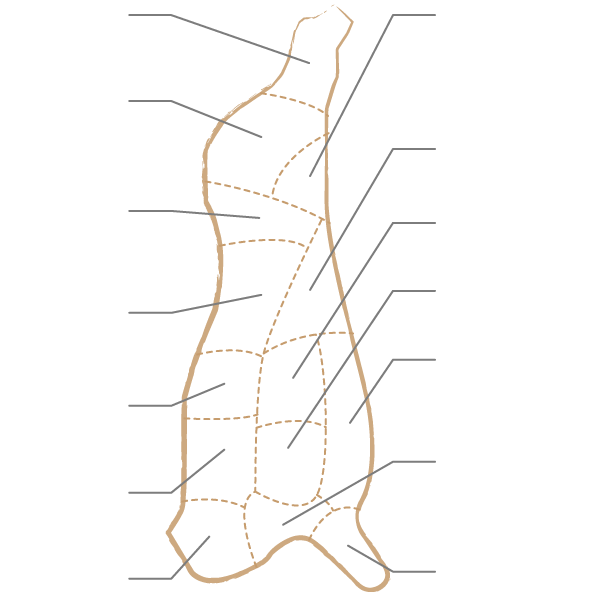 Chicken is the UK’s most popular meat – delicious as a simple roast but versatile enough to make dozens of the nation’s favourite dishes. We’ll prepare your cut for you, and we always have advice for those looking for something different. 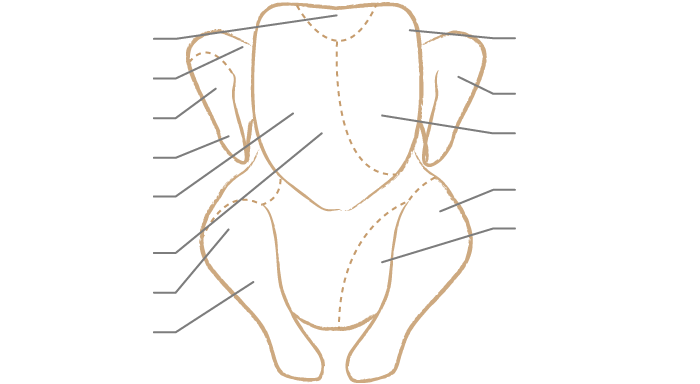 Abdul Raoof Malik was born in Easton, Bristol in 1973, he is one of 7 children and he attended Whitehall Primary School going on to complete his secondary education at Whitefield Fishponds Secondary School.

The business was given a new name, "PAK Butchers." Pak means, Clean and Pure.

Through Abduls ideas the business was advertised in the locality and the facts about Halal meat were distributed within Easton, Lawrence Hill, St. Pauls and other surrounding areas soon people started to flood the shops, the meat tasted better because of the very little blood content and lasted about 7 days longer in peoples fridges due to it having less bacterial/toxin content in it, the local media soon picked up.
Abduls achievements have benefited all communities he is a mentor for young people who want to start their own business and has done a number of sessions with youth from Easton in Bristol, many of these children have been involved with crime and anti-social behavior, and when all intervention has failed Abdul has managed to communicate and Inspire these local youth. He has volunteered with ‘Community resolve’ a local organization that works with many people and helps youngsters move on from where they are to a new positive and constructive community life.
Abdul was approached by all the major political parties to stand for Council Election in Easton due to his respect and contacts with the local community. Between 2005 and 2009 he was elected councillor, he was the first Asian, Muslim to be elected on the Council and helped deliver a local ‘PREVENT’ program and was part of a ‘Building the Bridges’ conference. He was also a mentor for Operation Black vote and was shadowed as a councillor for a period of 1 year. He was nominated by his party to become Bristol’s first Muslim Lord Mayor in 2007.

Abdul became the voice for ‘Halal’ in the south west; he did many press interviews and won several awards for his hard work and dedication to his community.

The Business employed a local work force and in its first year it secured work for 9 people, the shop was given a facelift and new equipment was put in, after 3 years the shop was bought from the owner the turnover was increasing and the space was running out to employ more people to meet the demand so in 1998 Abdul acquired a new premises on St. Marks Road, in Easton and introduced different types of Halal meats , this business also grew and a further 4 people were recruited, in this time Abdul gained the respect from all communities and he reinvested his time and money within the locality, working with BEST (Bristol East Side Traders) to regenerate the local area with new shop fronts and traffic calming systems, he was very active in meetings and earnt more respect, he joined the local Mosques and other religious organizations and helped build cross cultural bridges between different communities he also set up a Muslim Funeral Committee to help repatriate deceased Muslims to their desired countries of burial, in 2002 he won the BEST best business award and was nominated for the Inner City 100 Financial times awards.

In 2003 he opened another branch of Pak Butchers in Cardiff which has attracted the same fame. He went on to win the Bristol East Side Traders Award again in 2005.

He also won Business of the Month in February 2005 from Bristol Evening Post and the Jury’s Hotel; he later won 2nd Runner up prize for Business of the year, was shortlisted for ‘Muslim 100 Jewel awards’ by Lloyds TSB Bank and was featured on 101pakistanis.com.

Since first opening in 1992, Pak Butchers a small sole trading business has now become Pak Butchers UK Ltd, it has several branches throughout the south west and the business is now thinking of starting a franchise for others to experience and be part of its amazing success.

Abdul also helped Bristol City Council make a dedicated kitchen for Halal School meals and in doing so gained much support from local communities, he has now been approached by Cardiff City Council to help with the same project there.

Abdul believes in reinvesting in the community and has done several things to help his local traders as well as residents in localities were his businesses are based a few examples of this work are:

• A Traders Association- Abdul has helped set up ‘Stapleton Road Traders Association’, Stapleton Road has been talked about as the worst crime hot spot in the country, Abdul has helped turn this around by engaging local traders with the community and getting them to make simple and effective changes to enhance the shopping experience for people who visit the locality

Abdul has worked with the Inspector of the region for policing strategies in the local area and held regular police ‘best surgeries’ within Easton Bristol. He was also the first councillor to open and run a local Legal Advice surgery’ dedicated to his ward, this surgery was run by local Law students who wanted to work Pro-bona to gather experience and at the same time they were able to help the local community, Abdul was awarded a ‘Community Champions award’ along with Maleeka Bokhari who was the co-founder of this project.

Pak Butchers is a business that benefits its local community it has brought change wherever it has gone it employs people from the local community and involves local people.